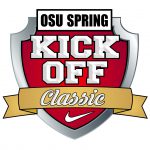 TIER CLASSIFICATIONS
The festival will be comprised of generally two (2), tiers per age group and gender, subject to a minimum number of team registrations.

AGE AND ELIGIBILITY
Festival is open to mini teams participating in district level of play or mini select teams composed of players born in the year of the age groups listed below.

STANDINGS
U8-U12 (Festival) – as part of the Long Term Player Development model no scores will be posted and standings will not be kept.
TEAM COMPOSITION

Teams may include up to three (3) guest players, from their club, provided the players meet eligibility criteria. Player may ONLY play for 1 team in the Tournament

The following age groups will not exceed the permitted time limit per competition day:

On-line registration is mandatory.
Notification of tournament acceptance is subject to receipt of tournament fee.
Teams must be registered with their provincial, state or national association. Teams from outside the Eastern Ontario District Soccer Association (EODSA) must submit an authorized travel permit from their home district.
Teams outside of Ontario must submit proof of injury and liability insurance from their governing body.
The Ottawa South United Soccer Association , OSU Force Academy and the tournament will not be liable for injuries to any participant on or off the fields during the tournament.
Teams will be required to register on the Friday evening prior to the tournament. A team official will be required to attend and provide the following documentation.

Game Sheets
Your game sheets will be printed for you to pick up at your team registration – team check in.


SCHEDULE
The tournament schedule will be published 7-10 days prior to the Festival, but reserves the right to make necessary changes, to accommodate teams and account for unforeseen circumstances.
LAWS OF THE GAME
All games will be played in accordance with the Laws of the Game as published by F.I.F.A., except as modified herein.
SUBSTITUTIONS
Substitutions may be made at the following times, with the consent of the referee:

EQUIPMENT
Each team should have two sets of different coloured jerseys. In the event of a conflict of jersey colours, the home team listed on the schedule (home) will be required to change. The goaltender’s jersey must be distinct from their team, the opposing team and the referee.

OUT OF TOWN TEAMS  Teams that are registered outside the EODSA must provide us with a travel permit from their district.
Additionally teams outside Ontario must provide us proof of Insurance.

GAME REPORTS
A field marshal will ensure that each team enters its line-up on the official game report and will hand it to the referee prior to the game.   The report will remain with the referee from the start of the game and will be returned to the tournament convener through the field marshal at the end of the game. The referee will enter goals scored and note any cautions or ejections in the game report.

POSITION OF TEAMS / SPECTATORS
Teams (players, coaches and managers) will take up position on the same side of the field within the marked technical box. Up to four (3) team officials will be allowed in the technical box. Teams must restrict their movement within the technical box along the touchline. Spectators will take up position on the opposite side of the field across from their respective team.
The tournament relies on coaches and team officials to set an example of conduct and sportsmanship and to exercise all necessary control over their players and associated parents and spectators. The tournament Committee reserves the right to eject any person (player, coach, team official, parent or spectator) exhibiting inappropriate behaviour from the immediate playing areas.

PROTESTS
Protests will not be allowed on referee judgment calls.   Protests must be filed in writing to the field marshal within one half hour of finish of the related game and a $100.00 cash deposit must accompany the protests. This deposit will be refunded only if the protest is upheld.  The Tournament Committee prior to the team’s next game will make a decision and the decision will be final and binding. There will be no appeals.

TOURNAMENT COMMITTEE
The Tournament Committee will rule on all matters of protest or dispute other than those related to the referees judgment call.

FORFEITS
If a team is unable to field five (5) players for U9-U10 games, (6) players for U11-U12 games at least 10 minutes after the scheduled starting time, the game will be forfeited.

FAILURE TO SHOW
Failure to appear will be considered grounds for forfeiture of a team’s entry fee.
A team that intentionally forfeits a game is also forfeiting any further tournament play.

FEE REFUNDS
Teams that have been accepted to the tournament will not be entitled to a refund.

UNFAVOURABLE WEATHER CONDITIONS
Under normal weather conditions, games are to be played at the scheduled time and location. However, if inclement weather conditions occur, the location and starting times may be altered. Unless previously advised by the Tournament Convener, teams must appear at the scheduled location on time, regardless of weather conditions.   No game will be played in an electric storm. Where a storm occurs during a game, play will be immediately suspended until the storm passes. Under no circumstances may teams withdraw from the playing field area, i.e., the parking lots, etc., until the referee has advised that they may do so. If a game is abandoned, the tournament committee will rule on its status, but every attempt must be made to complete the game as scheduled.  When 50 % or more of the total game time has been played, and play cannot continue, the game will be automatically rules complete.

NOTE:
There will be no refund of tournament entry fees for games reduced or not played due to weather conditions.

SCHEDULE  All teams are requested to be at the field 30 minutes prior to the team’s first game.